Here are few pictures of items discovered during deconstruction that were unexpected.

Chimney hidden behind the kitchen.  When measurements were taken to draw up the as-built plan we were wondering what this “dead” space was.  It was unaccessible earlier because the water heater was strapped on to the little “ironing board” door.  The bricks were removed and stashed on the side for re-use. 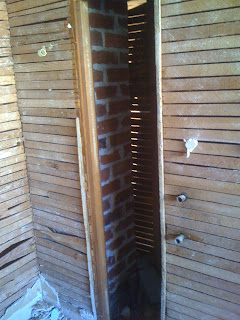 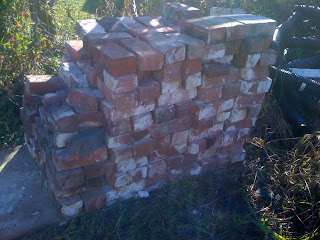 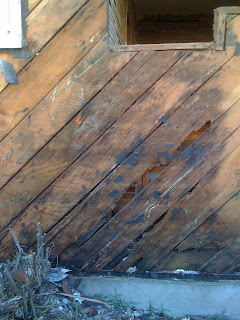 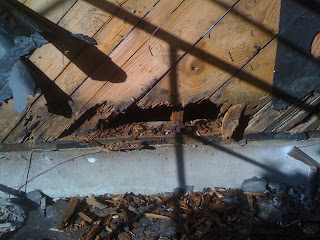 Rot behind the concrete stairs.  These were found on the south door and the west (mudroom) door.  Concrete wicks water so anytime concrete comes in contact with wood it can damage wood. 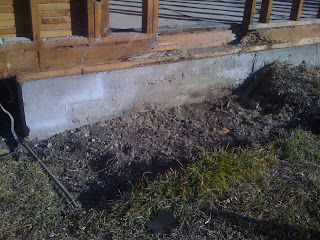 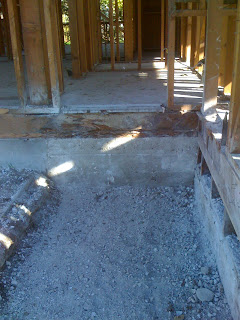 Mudsill not attached to skip sheathing.  You can see that in the first picture below that the sheatinga nd mudsill are flush.  In the second picture you’ll see that the Mudsill was trimmed by 3/4″ so that the new sheathing can be attached to the mudsill. 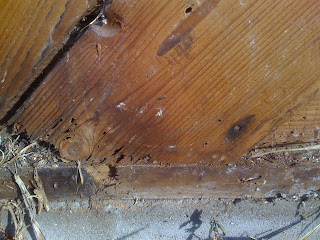 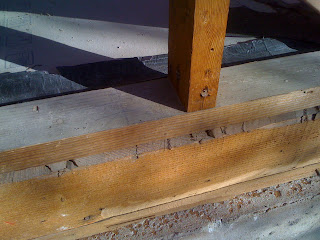