The house we bought in September 2010 had several different flooring materials:  wood, vinyl tiles, linoleum and carpet.  We were confident that the white oak in the living room and the dining room would refinish nicely and wanted to have Marmoleum in the bathrooms.  The other rooms were unknown.  As the deconstruction progressed we saw that the other rooms had fir floors.  Taylor, our general contractor, convinced us that we should attempt to refinish the original fir floor before deciding to replace it with new wood or cover them up with Marmoleum.  Well, he was right.  The refinished floors are beautiful!

During the deconstruction phase (December 2011) asbestos abatement specialists came in to remove materials containing asbestos, including 9-inch vinyl tiles in various rooms.  Then the floors were covered with cardboard paper while construction went on for the next several months.  As the project neared the finish stage the floors were sanded 4 times:  twice using medium grit sanding material (60 and 80) then twice again using fine grit sanding material (120 and 150).  The numbers refer to the CAMI grit designation.  Then waterborne wood floor finish called Bona Mega was used to finish the floor, applying and drying 3 times.  This product is GREENGUARD certified for indoor air quality. 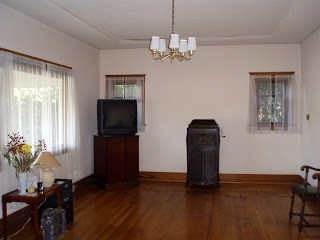 Before:  Living room floor was in decent shape.  There were some termite damage on the south east corner and some staining from prior floor covering. 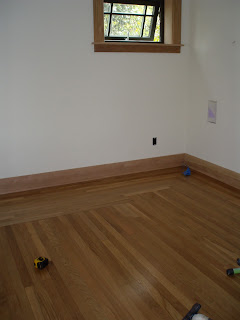 After:  Termite damaged pieces were replaced with new white oak that blended well.  Wood was sanded and stained. Before:  The floor in the dining room was also white oak and in decent shape. 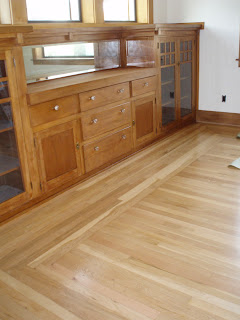 After:  Dining room floor was sanded and stained. 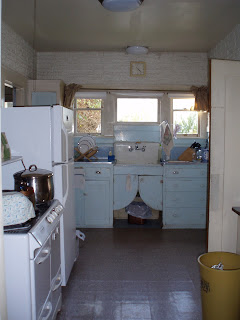 Before:  The kitchen floor was a light pink and brown vinyl tile. 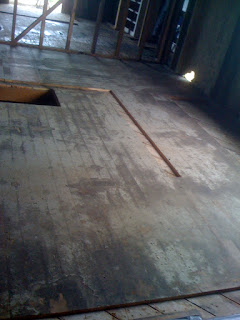 During Construction:  This is what the kitchen floor looked like after the tile was removed and mastic scraped off.  At this stage it was difficult for us to imagine what the refinished floor would look like. After:  The fir floor under the tile sanded down nicely and works well with the cherry cabinets.  Amazing! 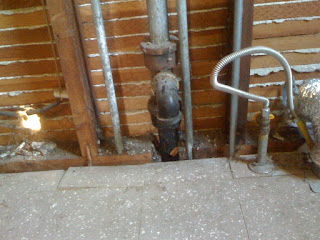 Before:  The mudroom floor was the same type of light pink and brown vinyl tile that covered the kitchen. 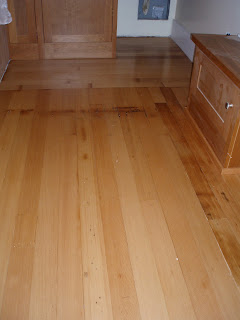 After:  The fir floor under the tile was sanded down and stained.  Few pieces that were badly stained were replaced.  The result is a “distressed wood” look that is popular with homeowners.  We were told by the floor subcontractor that people pay extra money to get the distressed look! 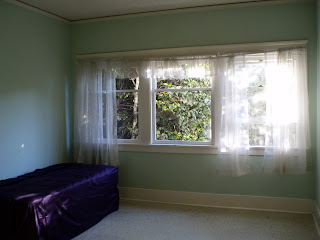 Before:  The middle bedroom had a linoleum floor. 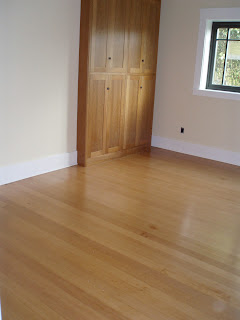 After:  The fir below the linoleum refinished beautifully. 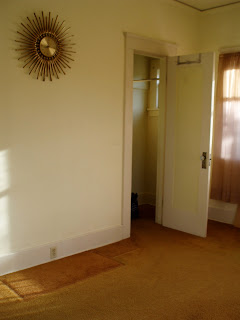 Before:  The south bedroom had light brown carpet. 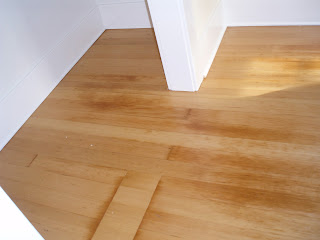 After:  The fir floor under the carpet has the distressed look after sanding and refinishing. Note the closet opening is wider now and you can see evidence of the smaller opening on the floor. 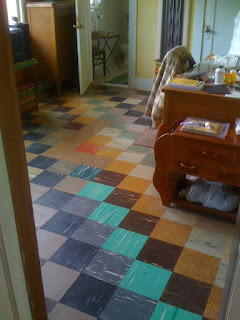 Before:  This room had a very colorful vinyl tile. 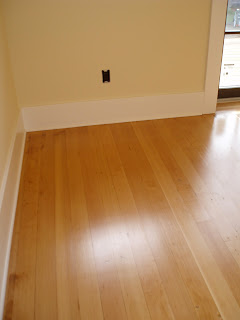 After:  The floor under the colorful vinyl tile was also the old tight-grained fir that refinished nicely. 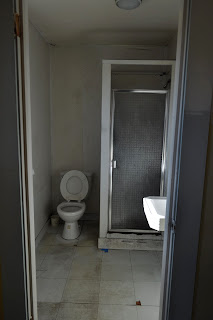 Before:  The master bathroom was covered in white vinyl tile.  Termites had a feast in this bathroom and a good portion of floor had to be replaced. 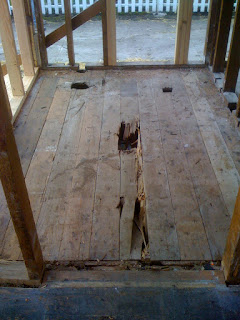 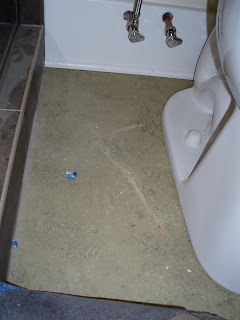 After:  We selected Marmoleum (this is a linoleum product brand name from Forbo) to cover the bathroom floors.  Marmoleum is made out of renewable, sustainable materials.  This is another material you can buy at GreenSpace in Santa Cruz.

If you’re interested in learning about other flooring material, I invite you to take a look at Green Remodel Forum. 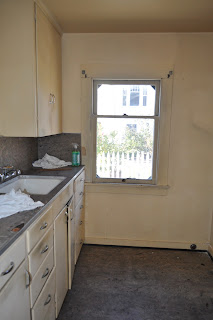 Before:  The kitchenette was covered in brown vinyl sheet flooring. 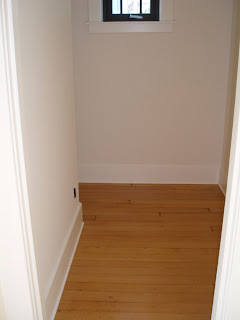 After:  The kitchenette will become the master closet.  The fir floor under the linoleum refinished nicely. 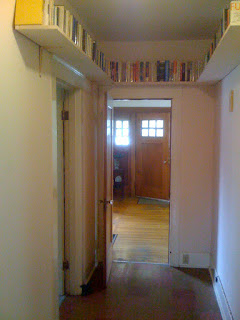 Before:  The hallway floor was covered in red and brown vinyl tiles. 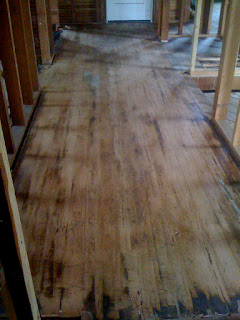 During Construction:  This is what the hallway floor looked like after the tile and the mastic was removed. 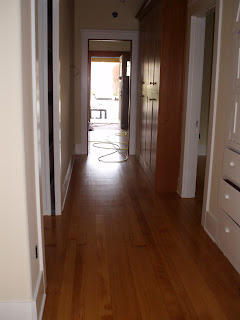 After:  Like other rooms the fir floor was sanded and stained after the vinyl tiles were removed.  There were few damaged areas that needed replacement.  It was quite fortunate that our contractor was had old fir he removed from another job that could be re-used to patch the floor in the hallway. 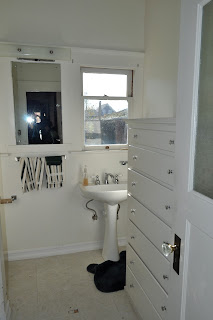 Before:  The hallway bathroom had a white linoleum floor. 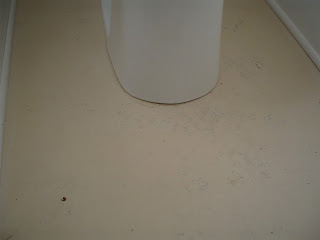 After:  We used a white Marmoleum to cover the hallway bathroom floor.