In December 2014 Midori Haus received the official certificate for Passive House Certification from Passivhaus Institut in Germany, marking the milestone of millionth square meter of Passive House around the world.  See the international press release here. 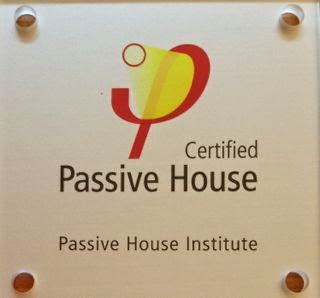 What Is Passive House?

Passive House is a performance-based energy standard in construction. Results from buildings  constructed using the Passive House approach show 80% ~ 90% less energy is used to keep it comfortable.  This voluntary standard is internationally recognized and applies to all types of buildings, not just single family homes.

Why Is this Significant?

It’s a glimpse into the future of housing.  Midori Haus demonstrates that a 93-year old house can have extraordinary energy performance (80% reduction in energy compared to pre-remodel, without applying solar electric panels) and still retain the charm of the original Craftsman architecture.  Energy bills from PGE show that significant reduction of home energy use is possible for all seasons of the year.  Occupants enjoy comfortable temperature and good indoor air quality for the life of the building.  Building owners can do this today by following the Passive House Standard, which has over 20 year track record for reducing energy usage in a buildings.

“…we are well on our way to meeting our AB 32 goal of reducing carbon pollution and limiting the emissions of heat-trapping gases to 431 million tons by 2020. But now, it is time to establish our next set of objectives for 2030 and beyond.Toward that end, I propose three ambitious goals to be accomplished within the next 15 years:Increase from one-third to 50 percent our electricity derived from renewable sources;Reduce today’s petroleum use in cars and trucks by up to 50 percent;Double the efficiency of existing buildings and make heating fuels cleaner.”

Midori Haus shows that Passive House Standard easily lead the path towards the Governor’s goal of doubling the efficiency of existing buildings.

Originally built in 1922, the 3-bedroom, 2-bathroom single story house was remodeled in 2012 to the Passive House Standard.  The house retained the original foundation, floor, framing, porch, built-in furniture, as well as the interior trims and accents.  Utility bills from PG&E showed that the energy consumption did indeed drop by 80%.

Please refer to the following post for details on energy and water.
Energy Usage:  How Much Energy Did We Use In Our First Year?
Water Usage:  Water Efficiency Features